How scientific are scriptures?

Many people believe that ancient scriptures have answers to all questions. Some times they show some quotes from those books and try to prove that modern scientific theories are being indicated by those text. Sometimes the logic is so much convincing that we start feeling if ancient people really had such technology.

To understand it better, first think about this question. Do you think that Orion (the constellation) was drawn on the sky? No! It is just countless random stars and we see a pattern in them because we want to see it.

Then there is a fact that most of the science starts with hypotheses then it is logically associated with proven concepts (theorised). Later with solid evidences it can become a scientific statement.

What we find in ancient scriptures (like Vedas), are either patterns that we want to see or the hypotheses. It is said that these hypotheses were invented through meditation. Even scientists make hypotheses by meditation (remember benzene structure was found in dream).

But there is a big difference here. Not all the text of scriptures was practically implemented. Whatever was implemented is widely known already for example Ayurveda, Yoga and parts of many other scientific discoveries. For example some less known text like Sushrut Sanhita which was practically used in ancient times. Apart from few such texts most of it is hypotheses and can not be considered as science until we may verify it with experimental facts.
Posted by Ashutosh Raghuwanshi at 3:17:00 PM 3 comments:

Half truth and science.


I feel there is a mistake it in our education system. Even at college level, we do not know the full scientific method; neither in theory nor in practical. Even though we have labs we never come to know the application of these scientific terms in our day-to-day life. So they only become terms without specific meanings for us. That is why religious or commercial organisations use such terms to attract people.


"The key behind the efficacy of all Pantene products lies in Pro-Vitamin B5, otherwise known as Panthenol" - http://www.pantene.in/en-IN/about.jsp


What kind of vitamin can be taken directly by hairs? On top of that the meaning of vitamin B5 is also interesting:


Pantothenic acid (Vitamin B5) - "Its name derives from the Greek pantothen (πάντοθεν) meaning "from everywhere" and small quantities of pantothenic acid are found in nearly every food."

Why are we paying for something which comes free with our daily food, because our curiosity is lost with the achievement of our degrees. The names of the products given above are just samples and I have no intenssion to target any specific company but what I want to indicate is everybody is using the fact that most of the people knows only the scientific terms and trust them without knowing the meaning.

I wish we could spread the science in place of religions so that people could use their logical thought process instead of blind faith.
Posted by Ashutosh Raghuwanshi at 7:08:00 AM 2 comments:

Religious people who believe in God, tend to leave there problem to God without analysing them in depth. This lack of analysis lead to baseless fear from the problems which could be easily solved, or in some cases not problems at all. This fear blocks the analytical power of the person and forces him to take refuge in God's belief.

Now since most of the problems are easy or not problem at all they get resolved with little or no effort and the credit goes to the God. Every time the credit for solving any problem goes to the God, the belief gets stronger and now even if they suffer from some problems they blame themselves for their sins but keep believing in God.

The more they believe, the more they turn towards the God when they encounter any problem in their life. This cycle goes on and on until you take charge and start analysing things and try to solve them yourself instead of going and asking help from the God.
Posted by Ashutosh Raghuwanshi at 1:32:00 PM 2 comments:

A hypothesis on elementary particles. 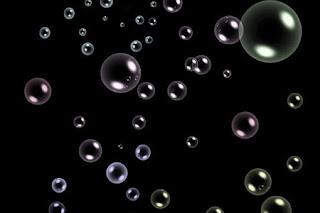 I think elementary particles are like bubbles in the space. If you keep shooting them with higher and higher energies, they will keep breaking into smaller and smaller particles.

Still no mass will be found because as I have stated earlier that mass is nothing but space taken by these bubbles (particles).

May be neutron stars and black holes are nothing but a giant unified bubbles where as other objects like stars and planets are only a big bunch of small bubbles.

I still need to learn a lot before I could theorise any of these hypothesis but I believe this can answer many unanswered questions.
Posted by Ashutosh Raghuwanshi at 11:32:00 AM No comments:

For most of the physicists, it is hard to conceive the idea of anything being faster than light. The problem lies in the rejection of the need for a medium for light to travel. Einstein thought that any medium would eventually slow the light down. Einstein could not conceive and idea of medium which is not a physical matter.

He said that space has curves in General Theory of Relativity but he never tried to join his special theory of relativity with it. If space can have curves then it can also have density. And if you consider the space as the medium of light then any change in the density of space will change the speed of light too.

This is in response to:
Study rejects "faster than light" particle finding
Posted by Ashutosh Raghuwanshi at 3:23:00 AM No comments:

Why light is (was) the fastest one?

Whatever we observe in the universe is through electromagnetic waves. That is the reason why,whatever moves faster than light can not (or real hard to) be observed. Till now there were many phenomenon in QED which were explained based on events happening backward in time. I believe that all those are nothing but particles moving faster than light. That is why we observe the outcome of the event before we could observe the start of the event itself. I always feel that we should keep it simple.

TOI: Roll over Einstein: Pillar of physics challenged
Posted by Ashutosh Raghuwanshi at 4:05:00 PM No comments:

Inspite of happiness of completion of CPMSD-05, we can see the pain of fairwell in many of the participants. Before going to sleep I wanted to put these photographs as a memento of this time. 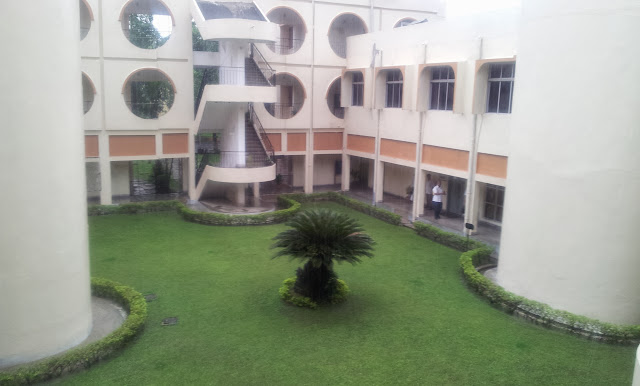 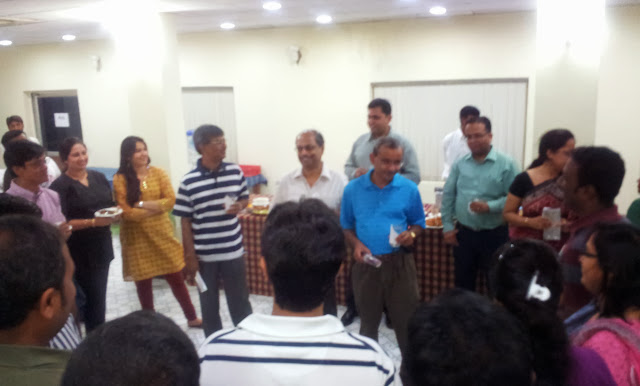 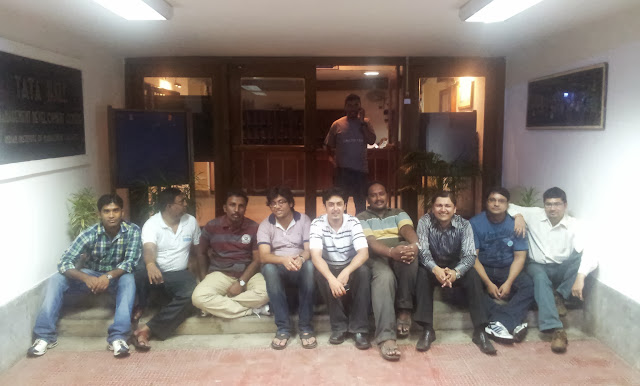 For the rest of the pictures, please visit this album.
Posted by Ashutosh Raghuwanshi at 1:03:00 AM 1 comment: